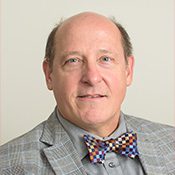 Jamie Downs, MD is the Medical Director of the Physician Assistant Program.  In addition to serving as the Medical Director for the program, he continues to practice clinically as a Forensic Pathology Consultant, as he has for over a quarter century. Downs was Director of the Alabama Department of Forensic Sciences and oversaw the state of Alabama’s forensic laboratory system while also serving as the state’s first Chief Medical Examiner. He graduated from the University of Georgia and received his Doctor of Medicine degree, Medical Residency training in Anatomic & Clinical Pathology, & Fellowship in Forensic Pathology from the Medical University of South Carolina. Downs was the pathologist on the first capital murder DNA trial in the history of South Carolina. His professional activities have included service on numerous professional boards and committees. For over a decade, Downs taught Forensic Autopsy Pathology for the Mercer University School of Medicine and South University (Savannah), the latter for whom he also taught the Autopsy & Clinical Pathology course for their PA Program.

Downs has lectured hundreds of times and has presented at numerous national and international meetings in the fields of Anatomic and Forensic Pathology, including at the National Forensic Academy and at the FBI’s National Academy. His audiences have included law enforcement, social services, attorneys (prosecution and defense), judges, university undergraduate and preprofessional students, medical personnel, and graduate medical audiences. Areas of special interest include ethics, asphyxiation, child and elder abuse, and police use of force. He has testified in numerous state and federal courts, the U.S. Military Justice System, before committees of both the U.S. Senate and House of Representatives, and before the National Commission on Forensic Sciences.