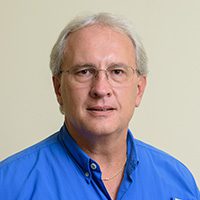 Peter Jenkins began his employment with CSU as a Professor in the Biological and Physical Science departments in 2004. In 2016, he took on the responsibility of serving as the director of the new Master of Science in Biology program. Jenkins has always enjoyed the wonders of God’s creation. This interest prompted him to attend the University of South Carolina were he received his BS in Marine Science in 1990. He continued his studies at USC in the field of geology receiving a MS in 1992. His research focused on the stable isotopic records preserved in Lake Baikal sediments from the Academician Ridge. Subsequently, he took a position with the National Ocean Service and enrolled in the Medical University of South Carolina’s Molecular Biology/Environmental Science doctoral research program. His research focused on heavy metal contaminant bioavailability/toxicity in the marine environment and the resulting effects of metal exposure on marine organisms. He completed his PhD in 2001 and continued working for NOS as a research chemist / toxicologist until 2004.