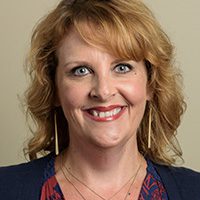 Dr. Jennifer Luiken is a member of the voice faculty of the Horton School of Music and Performing Arts at CSU where she teaches studio voice and other vocal performance related classes and is director of Lyric Theatre. With a voice described as voluptuous and beautifully clean and radiant, mezzo-soprano Luiken has performed in many genres and styles. She has sung throughout the United States and internationally in England, Scotland, Germany, Bulgaria, Austria, Catalunya and Italy, and was the mezzo-soprano soloist for the European Premiere of Bradley Ellingboe’s Requiem in Hungary, Slovakia, and the Czech Republic. She is a frequent recitalist and performer of both art song and chamber works for voice and instruments and has been selected numerous times for the Spotlight Concert Series on the Piccolo Spoleto Festival as well as the “Sunset Serenade,” the opening concert of the festival. Having made multiple appearances with the Charleston Symphony Orchestra and other regional orchestras, her orchestral and concert repertoire includes Verdi’s Requiem; Mahler’s Symphony No. 2, “Resurrection;” Alexander Nevsky; Beethoven’s Symphony No. 9; Dvořak’s Requiem and Stabat Mater; Mozart’s Requiem; Bernstein’s Jeremiah and Kaddish Symphonies; Handel’s Messiah; Mendelssohn’s Elijah; Bach’s St. John Passion and Aaron Copland’s In the Beginning.

Known also for her convincing acting skills in both comedic and dramatic roles, her operatic credits include the Old Lady in Candide, Madame Flora in The Medium, Katisha in Mikado, the title role in The Rape of Lucretia, the Witch in Hansel and Gretel, the Mother in Amahl and the Night Visitors, Prince Orlofsky in Die Fledermaus, Principessa in Suor Angelica, Zita in Gianni Schicchi, Maddalena in Rigoletto, the Sorceress in Dido and Aeneas, and Third Lady in The Magic Flute. She has been a state winner and regional finalist in the Metropolitan Opera auditions and second runner-up in the Mid-Atlantic region of NATSAA.

A native of Iowa, Luiken received her Bachelor and Master’s degrees from the University of Northern Iowa, and her Doctor of Musical Arts in vocal performance from the University of South Carolina. She has directed or co-directed over 30 musical, opera and revue productions during her tenure at Charleston Southern University, including two original productions in a collaboration with Theatre. She is an active member of NATS and has presented in masterclass and clinic settings around the state. Her students achieve success as winners in national competitions, perform regularly in recital and stage productions around the region and have pursued vital professional careers in performance and music education. In addition to her duties at Charleston Southern, she serves on the Worship Arts Staff at East Cooper Baptist Church in Mount Pleasant, S.C., and is active as a private teacher and vocal technician in the state.

Our creative God intentionally places within each of us a set of very specific gifts. In his generosity and love he also provides us the desire to take what he has given and build on it. Your purpose while you're here is to work out your gift with all your might, and for His glory. My mission is to partner with you, encourage you, and use what I have learned to help you achieve your purpose, so that you can impact our culture with the beautiful art of music.

National Association of Teachers of Singing